It was almost 12 months ago when we (mostly me) decided on a trip to Europe. It started with the idea of a treat to myself for my big birthday, but later turn into a combination of birthday celebration plus honeymoon for Phil and I.

Yesterday we embarked on our journey. Excited but also a bit nervous at the same time, we got on the plane from Invercargill. It was painful however having to spend 6+ hours in Christchurch airport because of the way our flights were booked. When the flight from Christchurch to Auckland was delayed it got a bit stressful because it meant we would have to rush from Auckland domestic to international airport. Nonetheless, it all worked out at the end including the seating problem we had from Hong Kong to Heathrow.

As it was midnight as we left Auckland, I slept through most of our 11 hours flight from Auckland to Hong Kong. We had a little 30mins break from transit in HK then continued straight onto our next 12 hours flight... We did manage to sleep a little but the quality wasn’t great at all. I must say though the neck pillow was helpful for me even though I let Phil use it most of the time. Maybe we need to invest in another one of those. 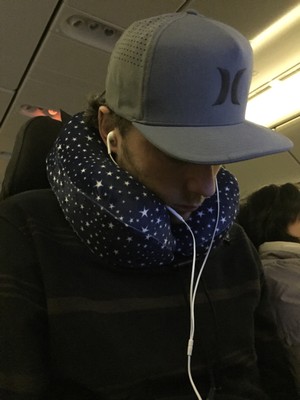 Once we arrived in Heathrow, everything was pretty smooth. Got ourselves a local SIM card for internet data so we can keep in touch with everyone and the Oyster cards to get us to our hotel. But we were just so tired, especially Phil, didn’t really see or do much after arriving at the hotel. He went straight to bed in full clothes and was out instantly. I managed to get him up so we could have some decent meal instead of airplane food (although they weren’t bad at all!). We got charged for the first time “service fee” of 12.5% if our bill! Wow... forgot to budget in that part. 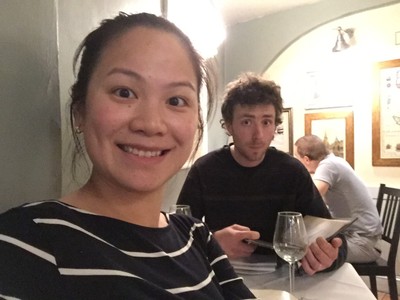 Anyway, off to a good nice sleep now hopefully tomorrow we will fill our day with heaps of fun and photos to share.

Next Table of contents