22 °C
View Europe with a bit of Asian twist on Szufan's travel map.

This morning we visited the Mauthausen concentration camp in Austria. Many non-Jews were moved there and were forced into hard labour. It was mind blowing to learn more details as we stood on the ground they were in; and even though the facility and buildings still stand it was completely different to what it was. It truly was hard to imagine so many people crammed in a small area to sleep and wash themselves. One information board quoted someone who said he stopped washing himself because he was too exhausted and couldn’t bring himself up early to splash icy cold water on his body. 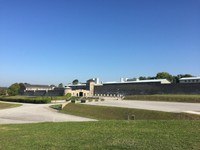 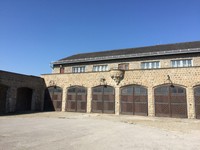 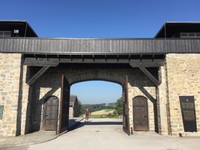 It was around noon when we left and headed towards Czech Public. On the way there our guide put on a movie (A knight’s tale) to brighten the mood but the road was quite windy and I didn’t feel very good. I ended up sleeping most the the trip as we crossed the border until the service stop. We didn’t realise that today was actually a public holiday in Czech Public and not many shops were open. Nonetheless, we made it to Prague and settled into our little hotel.

Since we would be here for two nights and tomorrow will be our free day, I thought about doing some laundry tomorrow. However, some girls on the bus somehow got some bug bites (the leader suspected flea and I wondered that) and I caught some too. I decided to let the hotel do my laundry and save me the hassle to deal with this when I was feeling very uncomfortable and upset about my bad luck. I was hoping to get myself some anti-itch cream but unfortunately no pharmacy was open around our hotel due to the public holiday. I really hope that I would be able to find some tomorrow!!!

Anyhow we left for a walking tour in Prague’ Old Town around 6pm then followed by dinner. I was pretty exhausted and hungry so the meal tasted wonderful. It was our first meal with proper vegetables in our diet (vege soup as entree and main that came with decent green on the side). It was good. Half the group took the tram home around 10pm and hoped for a good rest tonight; whereas the other half were planning to take advance of Friday night in Prague = cheap beers (cheaper than water) and plenty of bars around.

Previous Next Table of contents